US studio De Reus Architects has perched this villa on an expanse of solidified lava, offering its residents sweeping views of the leeward side of Hawaii's Big Island.

The Kohala Coast residence is made up of a cluster of small buildings and named after the area in which it's located. It was completed by De Reus Architects, a studio with offices in Hawaii and Idaho. 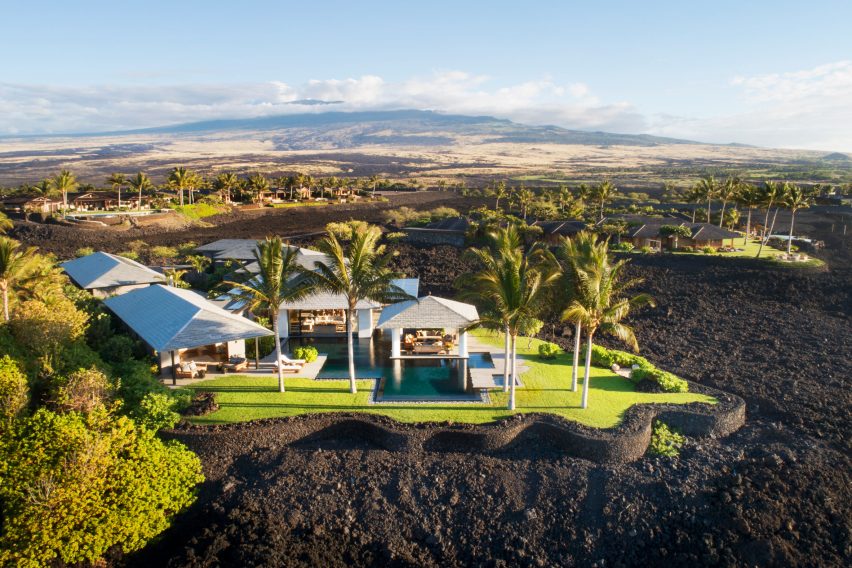 The villa is perched on an expanse of solidified lava

The buildings are perched atop an expanse of blackened igneous rocks, which are formed when lava solidifies into stone. According to the firm, this particular rock formation dates back to 1801.

By breaking up the 10,000 square-foot (929 square-metre) home's different spaces into smaller buildings, the architects sought to reference the local vernacular architecture. This is reinforced by the house's gabled overhanging roofs. "The residence was designed as a modern interpretation of indigenous island architecture and a way to connect the occupants to nature, the region, and its culture," De Reus Architects said.

A water feature set within an entry court greets visitors to the home. According to De Reus, the open spaces that transition between the different buildings were as important as the primary rooms of the house. 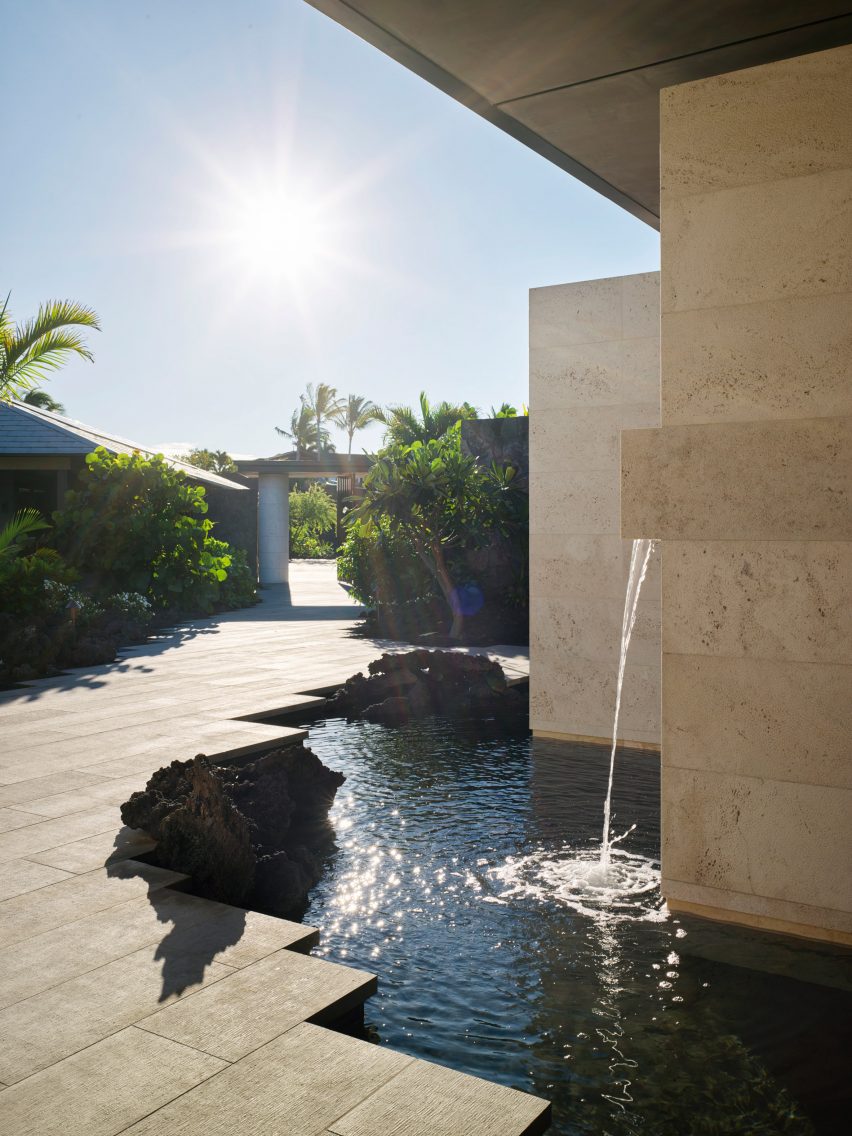 Visitors are greeted by a water feature

"The home is organised as a series of interlocking yet separate hale (pavilions), with the resulting spaces between the hale becoming as important to the experience as the hale themselves," the studio said.

Guests enter through a gallery into the home's principal public area, which combines kitchen, living, and dining rooms under high cathedral ceilings that follow the building's roof outline.

Two of the walls in this room can slide open completely, opening onto a large reflecting pool that sits between the interior living room, an exterior lounge space, and the primary bedroom.

The Pacific Ocean lies beyond, creating the impression of a continuous expanse of water stretching out to the horizon. Rather than orienting the home to directly face the ocean, the studio opted to angle it slightly, which gives it "glancing coastal views."

Light pours into one of the villa's bedrooms

The owner's bedroom is located in a separate building connected via a walkway. It includes a walk-in closet and its own en-suite clad entirely in white marble, which opens to a lush courtyard with an exterior shower.

Three more bedrooms are located closer to the living and dining room. They share amenities such as a separate lounge area, which could be used to host simultaneously in several areas of the home. Finally, a guest bedroom is located in its own building and is only accessible by crossing the serene entry courtyard. This gives guests more privacy, as the pavilion has its own restroom and outdoor shower.

The interiors were designed by Phillpotts interiors, a firm based in Honolulu. Many of the resident's spaces are left completely open and separated only by slatted wood partitions. "Sliding architectural wood screens throughout the house create privacy between spaces, but create an atmosphere of refinement and mystery," the studio explained.

The finishes found throughout the house form a muted palette of natural wood and light stone finishes.

"For this house, traditional design elements are tempered through a Japanese sense of restraint and interest in craftsmanship," said De Reus Architects. The studio summarised this approach by naming it "tropical minimalism."

A muted palette of natural wood is seen throughout the villa

De Reus Architects is led by architect Mark de Reus, and has completed other projects in Hawaii, including a nearby home which uses a similar concept to promote indoor-outdoor living.